These posts are some of the stories I've published online. 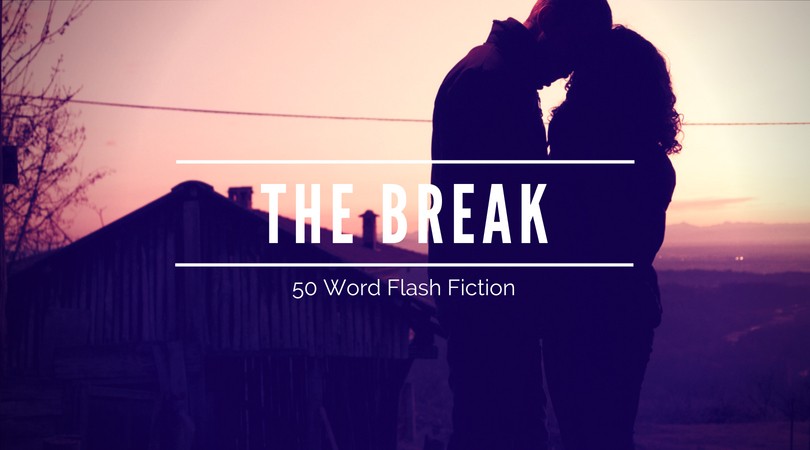 I had so much fun with the challenge last week that I thought I would taking another crack at @jayna’s awesome fifty word story challenge again. This time the prompt was “break.” Never let anyone tell you that writing or editing a fifty word story should be easy just because it’s short. Ha! Here’s a glimpse of the effort that went into this.

I thought it might be interesting to show the steps I went through to get here. 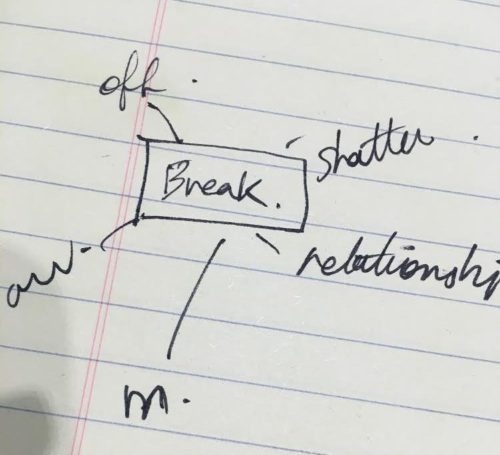 I started out braintorming the prompt.  During that process I discarded a few words like “shatter.” The ones that really resonated with me where “break off” and “break in.” The word “relationship” also came up.

From these brainstorming ideas I had a few images in mind.

I imagined the breakup scene and the fact that the couple were involved in a break in at the same time as the break up was occurring.

This is the first draft I wrote. It is 178 words. Just a bit too long for a 50 word challenge.

Head jammed inside the cabinet, still twirling the tumblers on the damn safe, utterly oblivious to the found of booted feet on marble. Typical bloody Joel. Cassandra wanted to laugh, but that would only draw security to them faster. The house was huge and this was not the main vault. They would go there first to find out what had tripped the alarm. Joel had, of course. How many times had they gone over this?

“Pass me the snips, gorgeous.” His voice was distant, muffled. He hadn’t even bothered to choose the right tools.

She stepped to the window, then out onto the rooftop. Security would be here any moment. Already she could hear the squad cars racing along the boulevard towards them.

“I’ll come visit you in prison.” She said it loud enough that he’d hear. But she didn’t mean a word of it. It was time for a change, time to up her game.

Without a look back she walked to the roof edge and began the long climb down the ivy towards a new beginning.

Clearly that wasn’t working, so I tried another version:

Boots on marble. Security were on their way. Cassandra held back a laugh. As always her partner and now lover, Joel, was utterly oblivious. A master thief, he’d said. This time she did laugh.

He hadn’t even brought the tools they’d discussed.

She exited the window and onto the roof. She needed more than this, than him.

Still not much better and still eleven words too much. I went through five more drafts until I reached this point:

As always, her partner Joel was oblivious. “Pass the snips, babe?”

He was never prepared. Some “master thief.” Cassandra laughed.

He had no plan. No future.

She stepped through the window and onto the lawn.

The horizon tinged pink. Removing her mask, she walked toward it.

It’s the right number of words, but just… blah. So I decided to flip the scene. It wasn’t him doing the break in work and her walking away, it was her breaking in and him walking away. And that’s how I finally got to my final version.