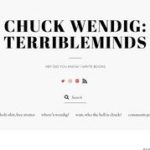 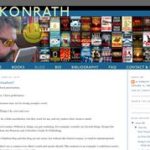 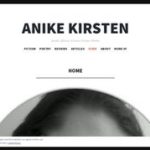 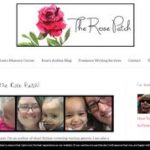 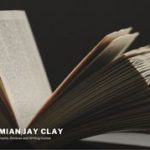 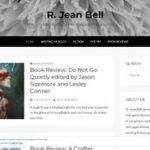 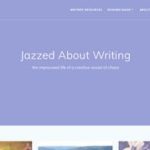 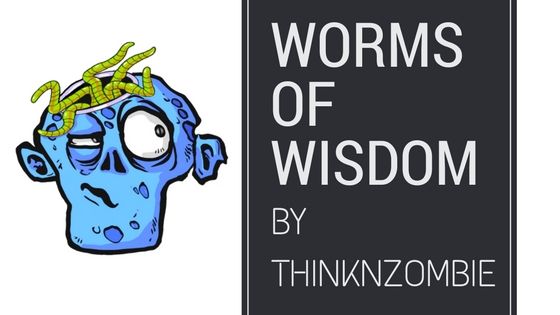 Distractions. The world is full of them. The modern world even more so. There are a thousand things a potential reader could be doing other than reading your story (or novel, or screenplay, etc.). Even a reader who is willing to cooperate–who has made the commitment to spend time in your story with you–still has thoughts going off in the back of their mind. The siren call of their phone, the expectation that their kids will come home soon, the ever-present question about whether they really did turn off the gas. There are any number of reasons why even the most willing reader will put your story down. Then there are editors.

Editors, I’m told, are people, too (so they say). They also lead full lives, and have little time to read. Even though reading your story or manuscript may be in their job description, all those distractions are calling to them too, pulling at their attention, pushing their buttons, telling them there are so many other stories they could be reading right now, why this one?

If it isn’t clear already, openings are very important. This is where you grab the reader, sink your hooks into them and don’t let go. Sounds easy. Well, this is not rocket science. It is much more difficult than that. Fundamentally it’s about getting the balance right and once you know how to do that, you will start to learn how to do openings that draw the reader in. In this article I want to discuss the basics of how to go about doing that and also mention a few mistakes that beginning writers make.

Stephen King has argued that a strong voice is what draws a reader in more than even character. I’m not sure he’s totally correct, but I think he is partially right. Starting a book is stressful for a reader. They have to share their imagination with you, the writer, after all. It’s also a big time commitment and, as we’ve seen, there are so many other things a reader could be doing. Why spend their valuable time with you? Showing a reader that they are in good hands with a strong voice is a key element in helping keep the reader in the story.

This makes your choice of first words particularly important. You have very little time–maybe real estate would be a better way of expressing it–to convince the reader that you know what you are doing. Some people call this a hook.

Voice is a hard thing to define but luckily a relatively easy thing to pull off. Every writer has a voice. It is that element that makes their writing their own. It is style, personality, rhythm. It is the je ne sais quoi that makes the writer’s tone unique. Since everyone has a voice, you don’t really need to go struggling to “find your voice” (although that does seem to be part of the “tortured writer” schtick). Instead, stride boldly into the story, let your personality shine and keep your eyes on these basics and you will have conquered voice.

Voice may be important enough to deserve its own chapter, so for now let’s just say that a strong, confident opening will help establish trust in the writer and the story by the reader. There are also a few other elements that will help to give the reader confidence to read on. Let’s call these the “w” questions.

Who, Where, What and Why are the keys to story. Every story. These are the elements that keep readers turning pages; the questions that readers desire to see answered. When you see these written, they are often written in a different order (generally who, what, when, where, why. However, for story, the order is very important. For a reader trying to decide (mostly subconsciously) whether they will read on or not, it is most important to know the answer to the “who question.” Could you answer the “what question” first? Sure. But you will most likely bore the reader to death. This is by far the most common of beginning writer mistakes and most times it comes across as unnecessary information. You’ll often hear it described as an “info dump” and no one likes those.

Setting the scene by answering the Who question is most important. Inside your readers’ heads they will be subconsciously asking whose perspective (whose POV) they are meant to be viewing the scene from and

The Man in Black fled across the Desert, and the Gunslinger followed.

Immediately we know the answer to the Who question. The Man in Black and the Gunslinger are engaged in a chase. We also know the “Where” (or at least part of it). We know they are in a desert. We do not know more detail yet and we certainly do not know the answer to the “why question,” but we have enough to get us grounded. There is a mystery there too. Why is the Man in Black fleeing? Why is there a gunslinger following him? Why does he wear black? Why are they in the desert?

You also get the impression that the world is out of balance. Someone is fleeing across a desert with a gunslinger following them. That’s just not normal. Does it make you want to read on? If so, that’s what makes it a great opening.

To ground the reader and give them the confidence to read on, it is a good practice to let them know as soon as possible what the answers to the Who and What questions are.

Here’s an excerpt from my Steemit story The Mask of White and Red. This is the opening paragraph:

Ilsa’s first memory was of fire. Everything before that was a blur of light and sound and color, just fragments and shards. Like someone else’s memories, they were distant, pale shadows, full of might-have-beens.

Possibly not the best story opening ever written, but it does immediately answer the Who question. We are tipped off that we are going to be spending some time with a female character by the name of Ilsa. We also know that she has some kind of traumatic first memory.

A further note on the Who question: Will the Who question change? Could there be more Who questions? What if this is not the Who that is key to the story? These are all good questions. Remember, this Who question is only relevant to the scene. It is a tip of the hat to the reader about whose POV they are going to be asked to inhabit. It is a clue as to whose eyes we want them to see the world through. There will be many Who questions (one in every scene) and all of them need this same treatment.

Starting in the Action

You’ll often hear “start in the action” or in media res when it comes to discussing openings. So what does that mean? Is it enough to just have some action, put the protagonist into a situation where they are doing something that looks like the opening scene from a Michael Bay film? Possibly. But there is a particular type of action that readers are trained to look for, even when they do not know what it is exactly they are seeking. It is the action of imbalance. Something is off in the world. The balance is broken. Something has happened that indicates change is around the corner or has already happened.

The reason for this is simple. Stories are all about humans overcoming adversity (or not). What? Every story. I’m going to go out on a limb and say that I challenge you to find one that isn’t. Even when the protagonist is an inanimate object, or a robot, or an animal or a plant, the real story is for the human reading it. The message is: never give up. It is why we talk about try/fail cycles (another article for another time) and why nearly all our stories (and by our stories, I mean stories that humans tell each other) deal with a protagonist (or protagonists) overcoming obstacles to achieve (or fail to achieve, in the case of a tragedy) their goal.

This article will focus on short stories. These are, by definition, short. Every word counts and in some stories the writer agonizes over each word because they need to hit a word count limit. When you’ve had to cut a story from 2,000 words down to 800, you learn how important word choice is. With a novel, you have a bit more freedom. But don’t be complacent. Remember, many of the openings that have worked in the past may not work now. There are more distractions than there were when no one had ipads or netflix or playstations. Before Discord and Facebook notifications became a constant reminder that your attention is wanted elsewhere.

It was a pleasure to burn. (Fahrenheit 451, Ray Bradbury)

Still such a great opening line. Here’s a more recent one:

Looking at these openings, what they have in common are hints that, to borrow a phrase, something is very wrong in the state of Denmark. They both also have shock value but that is not a necessity. In both these cases it does help to draw the reader in and to show that something is not right. These examples are both also from novels, not short stories, but let’s put that aside for now. What they do is raise a question in the mind of the reader. As Stephen King has said (a great article by Jason Parham in Gawker: link):

“An opening line should invite the reader to begin the story,” he said. “It should say: Listen. Come in here. You want to know about this.”

[To be continued in Part 2]